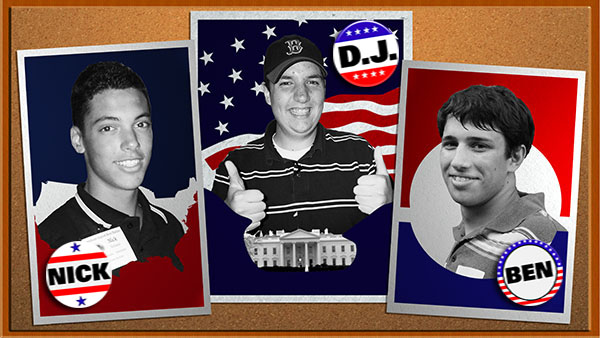 Benjamin – The Loyalist. Growing up in a Virginia suburb of Washington, D.C., Ben is surrounded by competition and politics. Both earnest and power-hungry – vowing never to surrender in the face of adversity – to what extent can he rise through the ranks of the Republican establishment?
David Junior (D.J.) – The Believer. “Deeje” lives in a small industrial city on the MA-NH border where his parents have been employed at the local missile plant. A born-again Christian who laments a national descent into less & less God, less & less morals in society, to what extent will he sacrifice his purity at the political altar?
Nicholas – The Idealist. From a rural Pennsylvania town, Nick wants to be President but prefers to observe as a journalist, for now. Decrying partisanship as a problem that will end American Empire as we know it, how will he reconcile his “centrist” views with his own ambitions?

IN ORDER OF APPEARANCE 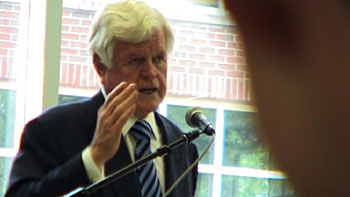 Ted Kennedy was the fourth-longest-serving Senator in United States history, serving from 1962 to 2009 as a Democrat of Massachusetts. Our first day of filming on Follow the Leader was with Senator Kennedy at Stonehill College, where he spoke to a group of 400 young leaders about public service. 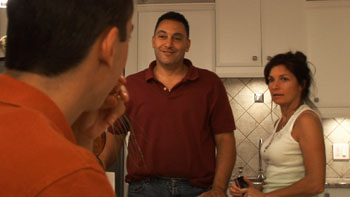 Lou and Denise are Nick’s parents. They’re also proud of their daughter Tiffany, “The NYC Fashionista” 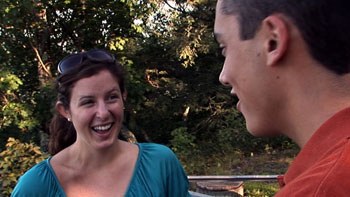 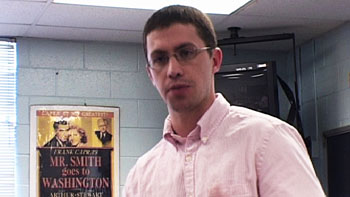 Kevin was Ben‘s high school politics and government teacher. He left teaching soon after Ben graduated to pursue a career at a governmental agency in Washington, D.C. 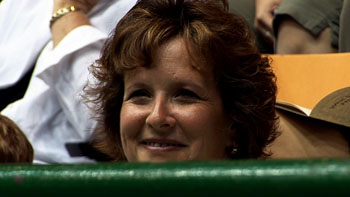 Vicky is Ben‘s mother. In addition to raising her three boys, she also works as a grammar school teacher in Virginia. 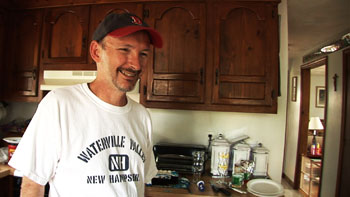 Dave is D.J.‘s – David Junior’s – father. He was the primary influence on the development of D.J.’s political views, and a principal sounding board for D.J. as he reconsiders what he believes throughout the film. 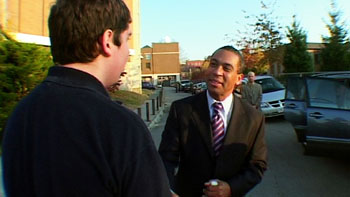 Deval Patrick is the current Governor of Massachusetts, and is the second African-American elected Governor of any U.S. State. He is now serving his second term. 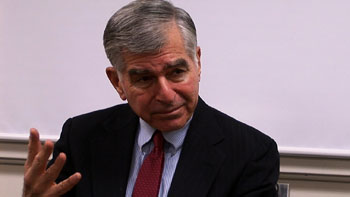 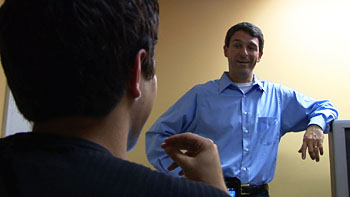 Ken Cuccinelli is currently the Attorney General of Virginia, and a candidate for Governor of Virginia in 2013. From 2002-2010, he was a Republican member of the Virginia State Senate, representing Ben’s home district. 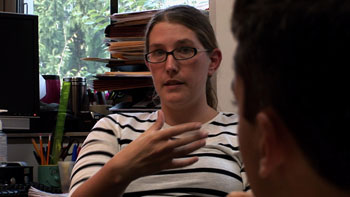 Alison is a College Writing instructor at American University in Washington, D.C. Her first book, a collection of stories titled “Our People” will be available soon. 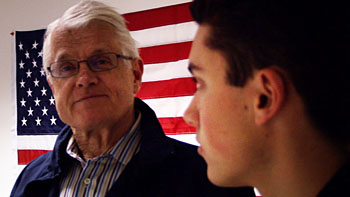 Doug led one of the first national political consulting firms, and was an advisor to many Republican candidates for Governor, the U.S. Senate, and the Presidency. More recently, he has supported bipartisan movements including Unity08 and Americans Elect. 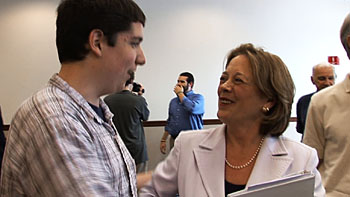 Niki Tsongas currently represents D.J.’s home district – Massachusetts’s 5th Congressional District – in the U.S. House of Representatives. First elected in a Special Election in 2007, she became the first woman from Massachusetts elected to Congress in 25 years. 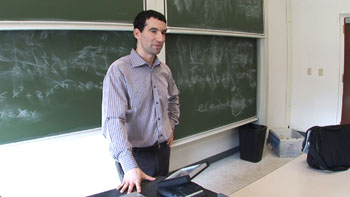 Jay Aronson has been a Professor in the History Department at Carnegie Mellon University since 2004. His recent scholarship focuses on forensic DNA analysis and post-conflict and post-disaster DNA identification. 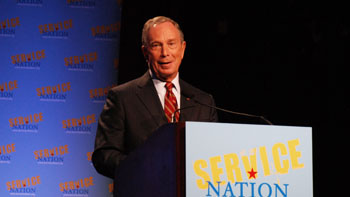 Mike Bloomberg is the billionaire founder of Bloomberg L.P. and the current Mayor of New York City. He has previously identified as a Democrat and a Republican, before registering as an Independent in 2007. 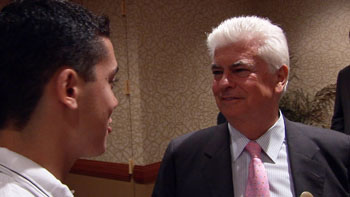 Chris Dodd is the longest serving Senator in the history of the state of Connecticut – serving from 1981 until 2011. He currently heads the Motion Picture Association of America (MPAA). 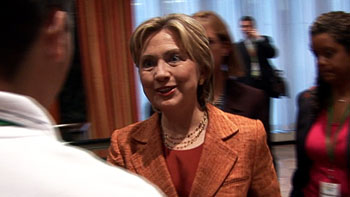 Hillary Clinton became the U.S. Secretary of State in 2009, after serving for eight years each as First Lady and a U.S. Senator from New York. 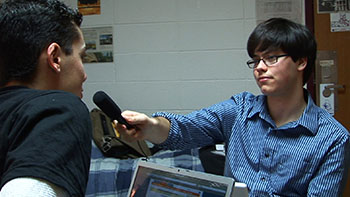 Graham is a 2011 graduate of American University. He currently works in the office of Rhode Island Governor Lincoln Chafee. 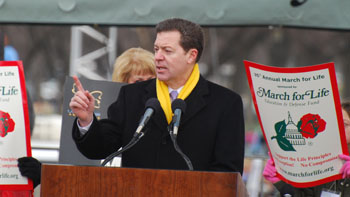 Sam Brownback is a Republican politician currently serving as Governor of Kansas, after representing his state as a Congressman and then a U.S. Senator. Like Mike Dukakis and Bill Clinton – and all three of Follow the Leader’s main characters – he also attended the Boys State leadership program before his senior year of high school. 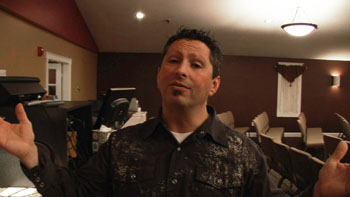 Anthony is the Lead Pastor at the Granite United Church (formerly Granite State Baptist Church), which currently has three locations. 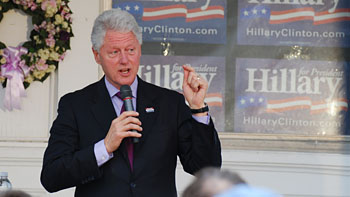 Bill Clinton served as President of the United States for two terms, from 1993 to 2001, and as Governor of Arkansas for six two-year terms. 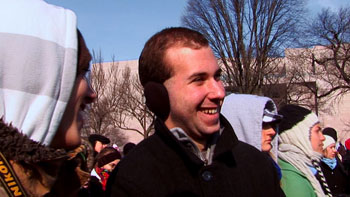