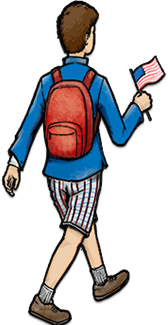 FOLLOW THE LEADER is a real-life coming-of-age story of three traditional American boys with Presidential dreams.

At sixteen-years-old, high school Class Presidents Ben, D.J. & Nick are all conservatives who plan to continue leading their peers as President someday. Over three life-changing years, they split into Republican, Democratic and Independent camps as each reconsiders his lofty ambitions.

Growing up at a critical moment for America as well, their lives also force us all to rethink our assumptions about tomorrow’s leaders, and the impact of 9/11 and Obama’s Election. As shocking as “Jesus Camp”, as revealing as “American Teen”, and as funny as “Spellbound” – FOLLOW THE LEADER is the true story of what “change” means for three “young leaders” who feel destined to lead the world. 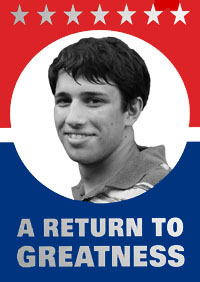 Benjamin – The Loyalist. Growing up in a Virginia suburb of Washington, D.C., Ben is surrounded by competition and politics. Both earnest and power-hungry – vowing never to surrender in the face of adversity – to what extent can he rise through the ranks of the Republican establishment? 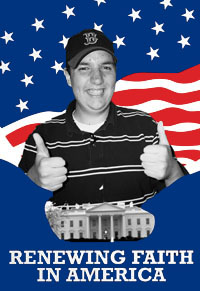 David Junior (D.J.) – The Believer. “Deeje” lives in a small industrial city on the MA-NH border where his parents have been employed at the local missile plant. A born-again Christian who laments a national descent into less & less God, less & less morals in society, to what extent will he sacrifice his purity at the political altar? 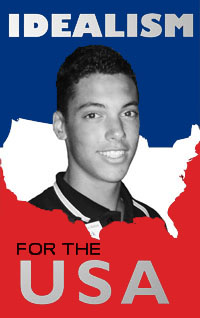 Nicholas – The Idealist. From a rural Pennsylvania town, Nick wants to be President but prefers to observe as a journalist, for now. Decrying partisanship as a problem that will end American Empire as we know it, how will he reconcile his “centrist” views with his own ambitions?