A couple of years ago, I traveled to New York City to pay a visit to Hillary, the woman who is now my wife. I thought that it would be neat to meet up with Jonathan, especially since we had not seen each other in a while; he was in the middle of editing the film at the time. I brought Hillary along with me to spend some time at his apartment in Brooklyn, and he offered to let us see an early version of Follow the Leader.

I had not yet seen anything of the film, so it was intriguing to watch many of the important events of my life unfold on a television screen. By the end of the film, I became convinced that Follow the Leader is not a mere documentary. Instead, it is an intimate glimpse into the lives of three young men who could not have imagined what would become of them just a few short years ago.

I’ll never forget the day when Jonathan asked me if I would be interested in being a subject in the film he intended to make about a few young American leaders. I agreed, and I am sure glad I did. When filming began just over six years ago, I was an ambitious high school junior with what I thought was a definitive grasp on what I wanted to do for the rest of my life. I was intent on becoming Governor of Massachusetts and running for President of the United States.

In the years that followed, I went on a journey of questioning my motives. When I first became interested in pursuing a political career, I wanted to change the world for the better and make a difference in the lives of each and every individual. Over the next few years, there were too many lessons to count. My thoughts of improving the efficiency of government and the lives of others were at times overshadowed by a shallow desire to simply win elective offices for myself.

Follow the Leader provides a front-row seat to these developments. Although it is tempting, I refuse to give away the film’s “ending.” You’ll just have to see what happens next for yourself. When all is said and done, I hope we come to a similar conclusion: The end of Follow the Leader is not really the end at all. It is only the beginning. 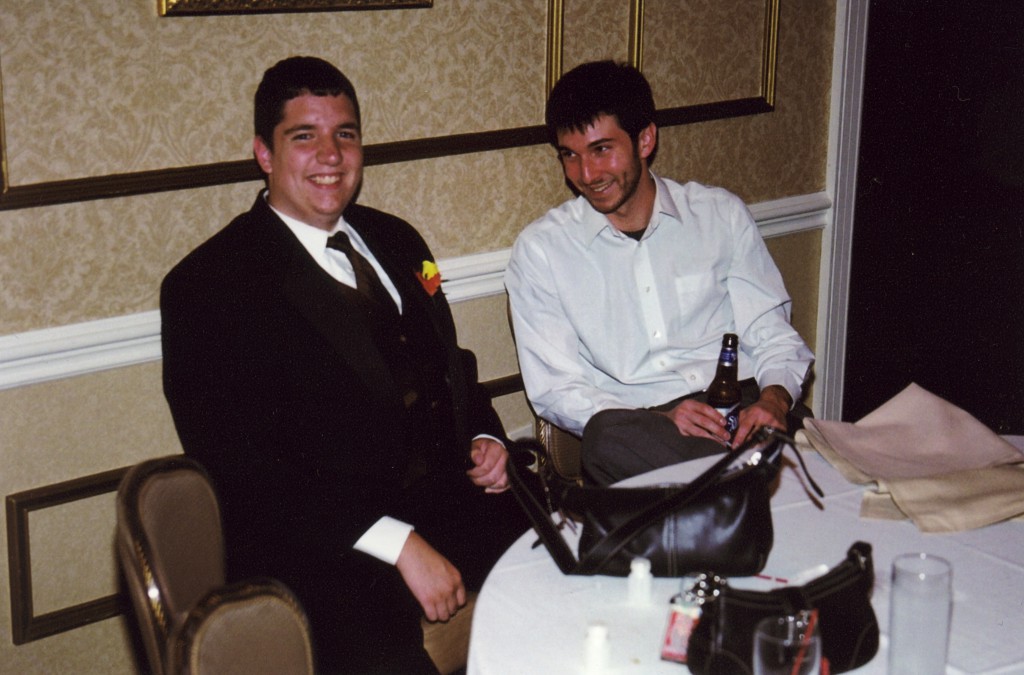 D.J. with the film’s director at a family event, a year after filming had ended.